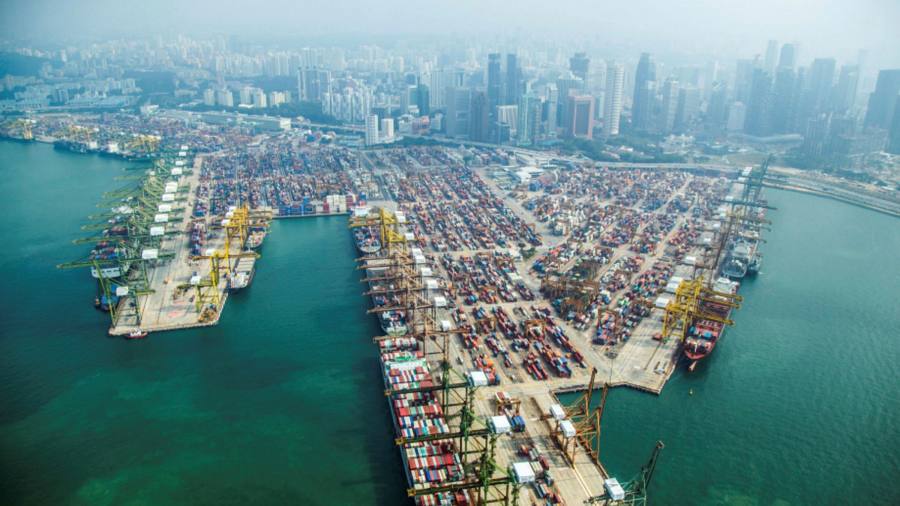 Good afternoon from Singapore where the dominant ride-hailing app is Grab and drivers normally respect the government’s advice not to talk on public or other forms of shared transport. But every once in a while you get a chatty one who just can’t help him or herself.

On one recent ride, a 50-something-year-old driver told me he was lucky to have done well enough on various entrepreneurial projects to be able to retire early, but found retirement boring so liked to pass the time occasionally ferrying strangers. Given that we were riding in a new and rather expensive SUV, I don’t think he was fibbing.

One of his more lucrative ventures involved providing provisioning and other services to US naval vessels that regularly visited the city-state. The US military has not traditionally been famous for pinching its pennies, so margins were fat. “It was my first pot of gold,” the driver said.

Shortly after that conversation, however, there was a useful reminder that for Singapore’s younger generation of entrepreneurs, the real opportunities will lie in intraregional rather than trans-Pacific trade. Last month 15 Asia-Pacific nations — from China, South Korea and Japan in the north to Australia and New Zealand in the south — launched the Regional Comprehensive Economic Partnership, a trading bloc encompassing 30 per cent of the world’s population and the main subject of today’s post.

Don’t forget to click here if you’d like to receive Trade Secrets every Monday to Thursday. And we want to hear from you. Send any thoughts to [email protected] or email me at [email protected].

The US-China rivalry looms so large in East Asia that it is an all too easy frame of reference for things that are rather more complicated. RCEP, which is centred on the 10 member states of the Association of Southeast Asian Nations, is a classic example.

The Trans-Pacific Partnership, Barack Obama’s ill-fated free-trade project, pointedly excluded China. In the zero-sum logic of US-China rivalry, if it had gone ahead it would have been a win for Washington and a loss for Beijing.

RCEP, on the other hand, includes China but not the US, leading many to conclude that it was always a “Beijing-led” initiative. It was in fact an Asean-led initiative and, as Rocky Intan at the Lowy Institute points out, “an achievement of Asean-centred regional economic integration”.

RCEP talks began in 2012, the ticket for admission was an existing free trade agreement with Asean. China, South Korea, Japan, Australia, New Zealand and India, which decided to drop out of the talks last year, all had an FTA with Asean. The US did not.

For four years, RCEP was that “other negotiation” conducted in the shadow of the TPP talks. For most, if not all, of the seven prospective RCEP member nations that would have joined the TPP — Japan, Australia, New Zealand, Vietnam, Malaysia, Singapore and Brunei — the latter was the priority.

Only after Donald Trump’s unexpected victory in the November 2016 US presidential election did it become clear that, as one analyst put it at the time, the RCEP was “the only major Asia trade deal on the table”. As soon as the TPP’s non-US alternative, the CPTPP, was wrapped up, the region’s focus shifted decisively to RCEP.

It is not surprising that so much RCEP-related analysis should focus on China, given its economic, demographic and geopolitical weight. Or as Yang Jiechi, now Beijing’s top diplomat, infamously put it at a gathering of Asean foreign ministers in 2010: “China is a big country and you are all small countries — and that is a fact.”

Mr Yang was doing Indonesia and the Philippines, with populations of 274m and 110m, a disservice. Otherwise, it is true that China has provinces with populations bigger than Asean’s eight other member nations.

In geopolitical terms, Asean is like a supremely talented Olympic athlete who just missed out on the bronze medal. Most people tend to focus on the podium winners — the US, the EU and China.

But Asean, with 650m people, dwarfs both the US and EU in terms of population. It will take a while, but its economy will catch up too, eventually. As Wendy Cutler, a former USTR official now with the Asia Society Policy Institute, has observed, “to describe RCEP as a China-led trade initiative misses broader trends in Asia, where countries are focused on diversifying trading partners, solidifying supply chains, and achieving economic and job growth through trade agreements”.

At present, 23 per cent of Asean’s total trade occurs among members. China and the US account, respectively, for 17 per cent and 9 per cent of total Asean exports and imports.

Broadly speaking, north-south trade between China and Asean consists of natural resources flowing north and manufactured goods flowing south. A lot of Asean exports to the US also tend to be derivative — in the sense they are made by exporters seeking either lower costs as Chinese land, labour and other inputs grow more expensive, or simply a way of dodging anti-dumping duties and other punitive tariffs that the US routinely imposes on China-made goods.

RCEP paves the way for sophisticated intra-Asean supply chains more similar to the EU’s. It could even help Asean-member countries eventually become what China became for the US industry — an attractive outsourcing destination for Chinese manufacturers selling back into China.

As far back as 1980 banks with offices in the UK had cross-border exposures far greater than banks in Germany and France, according to data from the Bank for International Settlements. Big international banks use London for large syndicate loans that ultimately go to foreign clients. This is the latest part of our Future of the City series.

Can you name the Democrats’ chief trade counsel on the House Committee on Ways and Means?

Or the chief counsel for China trade enforcement at the USTR’s Office of Monitoring and Enforcement?

If you knew the answer to the first question was Katherine Tai before she was selected by Joe Biden as his US Trade Representative, that’s pretty impressive even for a Trade Secrets reader.

A quick search of the FT, Wall Street Journal and New York Times’ online archives all turned up no references to Tai before her nomination as USTR.

As for the USTR’s chief counsel for China trade enforcement, that was Tai’s job before moving to the House. In that capacity she was similarly invisible, although a more wide-ranging search of Factiva did turn up her name on documents such as a 2009 World Trade Organization complaint about Chinese exports of “various forms of bauxite, coke, fluorspar, magnesium, manganese, silicon carbide, yellow phosphorus and zinc”.

Tai has not yet articulated a larger vision of what she thinks has gone wrong with US-China trade and how best to fix it — as Trump and his USTR, Robert Lighthizer, undeniably did.

Biden’s public comments on China trade issues suggest that he agrees with much of Trump and Lighthizer’s analysis of the underlying problem, if not their remedies. As Tai said during a public forum earlier this year, “on trade, the number one takeaway that I have from the past three and a half years is that the Trump administration has not been 100 per cent wrong”.

A coup attempt and an undivided government