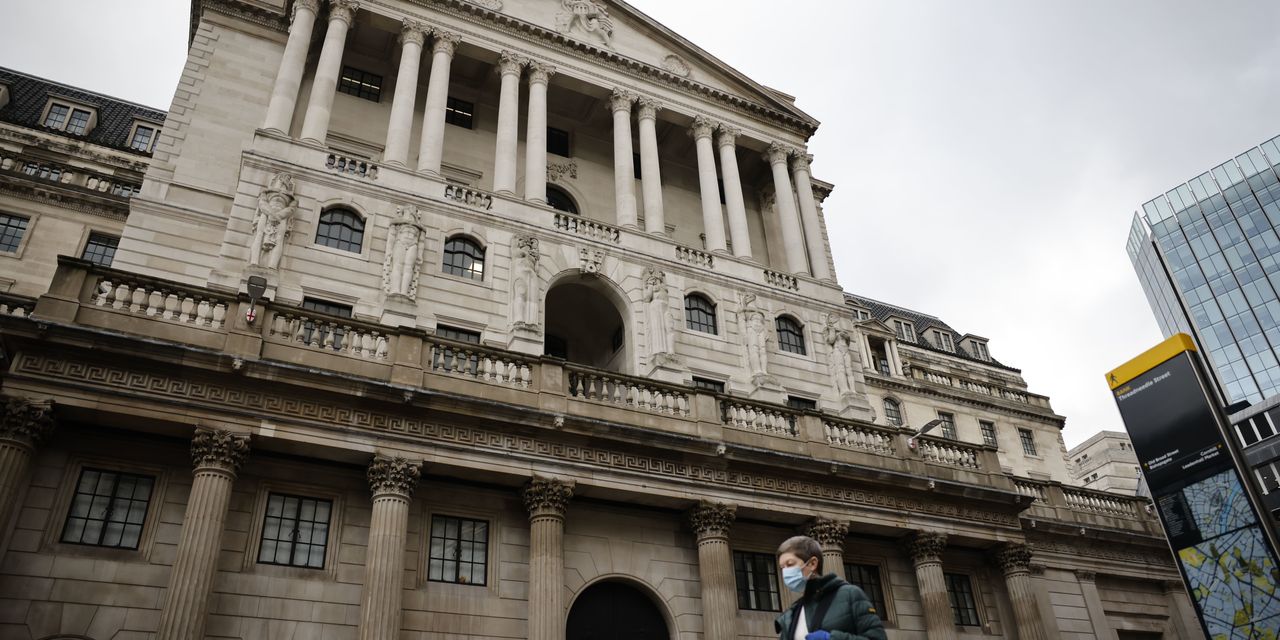 The Bank of England decided on Thursday to leave its key rate unchanged at 0.1% and keep the ceiling of its government bond-buying program at £875 billion ($1.1 trillion), as it noted that the U.K. economy is currently developing in line with its expectations.

The British central bank, after a meeting of its Monetary Policy Committee, however, said that it didn’t “intend to tighten monetary policy” in the near future, in light of the U.K. economy’s “unusually uncertain” prospects.

Both the decision on the rate and on quantitative easing were taken unanimously by the nine-member ruling body.

The pound was up 0.4% Thursday against the euro
GBPEUR,

and 0.6% against the dollar
GBPUSD,

The BoE noted that annual inflation had fallen to 0.3% in November from 0.7% the month before, which makes reaching its official 2% target more distant. That was due, it said, to the “direct and indirect” effect of the COVID-19 pandemic on the economy.

But the BoE still sees inflation picking up in the first part of next year, notably because temporary value-added tax rate cuts decided by the government earlier this year will come to an end.

Considering the U.K.’s economic prospects, the BoE said that the rollout of vaccines “is likely to reduce the downside risks,” notably because financial markets have reacted positively to the news. The central bank estimates that new measures announced by the government last month could boost gross domestic product by 1% in the coming year.

However, the rise of new infections, associated with the reimposition of restrictions stricter than originally expected, will weigh on growth in the fourth quarter of 2020, the BoE noted.

The BoE’s release also came with the usual caveat that its assumptions are “conditioned on the assumption” that the U.K. and the European Union manage to conclude a free-trade agreement to take effect on Jan. 1, when the country will leave the European single market and customs union.

Read: Here’s why London is in a COVID shutdown, one week after the first vaccine rollout

Homeowners Insurance Doesn’t Need To Be Expensive. Get It For As Low As $25/Mo — Before You Finish Your Coffee

Homeowners Insurance Doesn’t Need To Be Expensive. Get It For As...