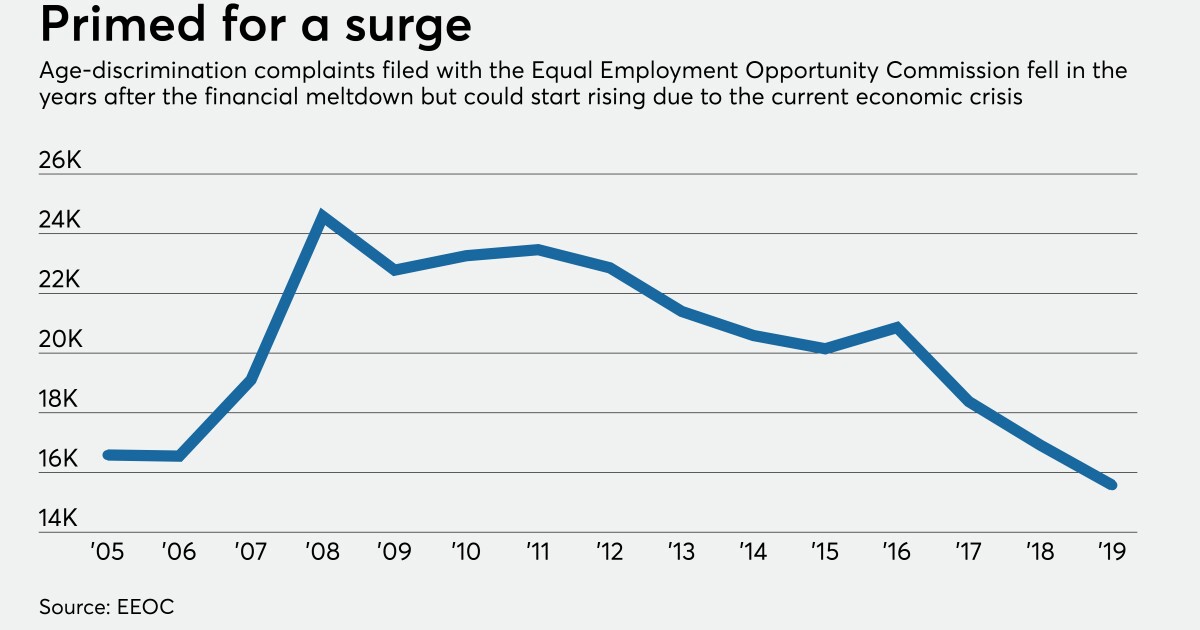 A recent age-discrimination lawsuit against a regional bank contains lessons for bankers and directors who could face dicey questions around succession planning.

In a suit filed last month in the Hamilton County Court of Pleas in Ohio, a former executive at Fifth Third Bancorp claimed that he was promised the job of president but was later passed over in favor of a younger candidate. Philip McHugh, 56, is seeking unspecified financial damages in excess of $25,000. The Cincinnati company has countersued McHugh, denying his claims and seeking its own damages.

Though age-discrimination complaints are not uncommon, the case brings attention to issues banks may confront more often given their graying workforce and the heightened importance of digital technology. In seeking out leaders with more modern skill sets, banks and their boards need to be mindful of how they talk about and approach the delicate matter of age, experts say. The case highlights the importance of certain best practices in the succession planning process.

“When you’re doing succession planning at these levels, you really want to keep it out of the realm of discussion and into the realm of documentation,” said Mark Kluger, a founding partner at Kluger Healey in New Jersey. “It doesn’t make an institution immune, but it would help an awful lot if communication was in writing.”

The lawsuit against Fifth Third hinges on a verbal promise that McHugh says Chairman and CEO Greg Carmichael, now 58, made to him in August of 2019. According to the complaint, Carmichael told McHugh — then an executive vice president — that consumer banking chief Tim Spence needed more experience before he could become CEO and Carmichael would recommend the board appoint McHugh to an interim leadership role as president until Spence was ready.

However, during McHugh’s performance review in February, Carmichael told McHugh that the board suggested he might be too old for the job by the time Carmichael was due to leave in one to two years, the complaint said. Fifth Third, in anticipation of promoting Spence, offered his consumer banking duties to McHugh, who considered that position a demotion, according to the complaint.

The $202 billion-asset company publicly named Spence, 41, president on Oct. 26, ostensibly setting him up as a potential successor to Carmichael.

In its answer to McHugh’s complaint, Fifth Third denied the comments McHugh claimed that Carmichael made. Fifth Third countered that Carmichael had only ever discussed CEO succession with McHugh in the context of potential emergency replacements. The company also said in its own filing that McHugh resigned his position voluntarily.

The company also asserted that in filing his lawsuit, McHugh’s “ulterior purpose is to coerce the defendants to abandon their decision about Tim Spence and the decision about plaintiff’s duties at the bank versus Tim Spence’s duties.”

“The allegations [by McHugh] are false,” the company’s outside counsel, Michael Cioffi of Blank Rome, said in an email. “Fifth Third welcomes the opportunity to prove the truth in court and to being fully vindicated.”

John McHugh III, Philip McHugh’s attorney and brother, declined to discuss the case other than to say, “We’ll present our claims in the courtroom.”

Sharona Hoffman, a professor of law and bioethics with Case Western Reserve University School of Law, said it was “noteworthy” that McHugh cited direct comments by the CEO in his complaint. But age discrimination can still be very difficult to prove and the overwhelming majority of those cases are settled out of court, she said.

“You’re trying to get into the head of an employer and prove what thoughts they had at the moment they fired you or demoted you,” she said.

Data on cases filed with the Equal Employment Opportunity Commission over the past two decades offers a rough proxy for overall age-discrimination claims. Charges leveled under the Age Discrimination in Employment Act peaked in 2008, remained elevated for a few years afterward and declined every year since 2016.

A handful of cases have made the news this year. In April, a 74-year-old office administrator sued the brokerage firm Edward D. Jones for age discrimination. A 78-year-old hospital employee in Georgia sued her employer, claiming a manager had called her “old” and “crazy” and told her co-workers she “needed to retire.”

In general, experts said, cases tend to rise during bad economic times and could be poised to rebound given the layoffs and cost-cutting that have occurred this year in response to the pandemic-driven recession.

Also, Americans are living longer and, whether by choice or necessity, working longer. Older workers attend to get concerned about their retirement funds during times of economic turmoil, so they often end up sticking around longer than they would otherwise, he said.

Moreover, the banking industry is hyperfocused on digital strategies, products and services in this era of social distancing. Traditional banking skills are still important in CEO candidates, but many banks want prospects who also know digital strategy and payments, said Keith Daly, depository and fintech search director with the recruiting firm Travillian Group.

“I do see it being a point of contention, just because you have these new leaders coming up from fintech or digital banks or big tech,” he said.

First, executives and boards of directors need to examine the way they talk about age and the kinds of assumptions they might be making about older workers.

“It’s not uncommon to hear, ‘he’s too old’ or ‘she’s not as flexible as she’s gotten older.’ Those type of comments are dangerous because they are comments that can be discriminatory in nature,” said Demitrios Moschos, an attorney with Mirick O’Connell in Massachusetts. “Age is not the issue — it’s the performance capacity of the person.”

Senior leaders should also know that they can never ask an employee when he or she intends to retire, and they should educate themselves about language that’s frequently coded as discriminatory against older workers. “Digital native,” for example, is often interpreted as a preference for younger workers, Kluger said.

Sometimes, a company might be able to make some procedural improvements that are likely a good idea regardless of age-discrimination claims.

Companies should conduct yearly performance reviews and have in place very clear processes for promotion, for example. Executives should avoid building false expectations about the succession-planning process and avoid “sidebar discussions” about potential candidates.

Hoffman, who previously worked as a senior trial attorney for the EEOC, said that companies should also document every step of the succession-planning process.

Companies might also benefit from bringing in an outside search firm to help guide the decision-making process and offer an impartial opinion, said Jotham Stein, a principal at the Law Offices of Jotham Stein, which does business in California, Illinois and New York.

“Generally speaking the board should consider what happens or what will happen when successful, often ego-driven executives are passed over and how the board is going to protect itself from claims,” he said. “The succession-planning committee of the board may want an independent board member or trusted overseer to oversee the process to ensure nothing untoward is happening.”

Up to 43% off Airborne and Nuun products! | Money Saving Mom®

9 Surprising Uses for Windex That Go Beyond Cleaning Glass