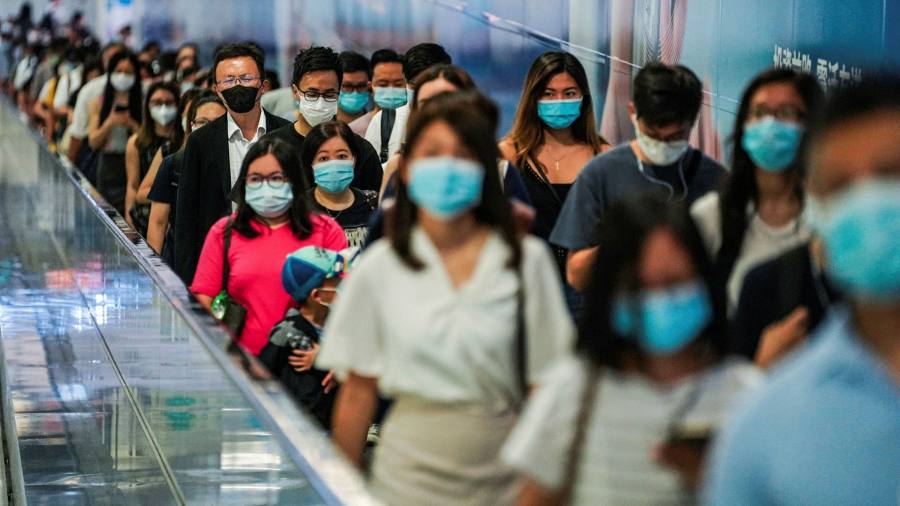 The writer is chairman of Fulcrum Asset Management

The second wave of the pandemic continues to gather pace in Europe and the United States, but the optimistic news about vaccines has trumped these worries in the minds of investors.

Because they see the global boost to economic activity from the vaccine as potentially larger than any loss of fiscal stimulus in 2021, the markets have interpreted the news as a demand shock, raising bond yields and damaging the relative performance of technology stocks versus cyclicals.

For now, this seems to be a rational response. But the persistent failure of governments in the major western democracies to control the pandemic has lessons for the future, particularly for our efforts to tackle climate change.

Public resistance to lockdown measures made early and strict restrictions, accompanied by effective test, trace and isolation policies, politically infeasible in most of Europe and the US all year. But aggressive restrictions and testing regimes have worked well in Asia and the Pacific.

The comparative results are stark. The cumulative Covid-19 death rate per million of the population is nearly 740 in the US, and 760 in the UK, compared with 3 in China and 15 in Japan, according to Johns Hopkins University.

Opposition to enforced lockdowns in the major western countries is to some extent based on a libertarian belief in economic freedom. This is a legitimate political choice that is usually fully justified but has proved costly in current circumstances. Furthermore, public support for strict measures has been eroded by serious operational failings.

Political opinion has also been moulded by the epidemiological and economic characteristics of this pandemic, which are particularly challenging.

Infectious diseases in their initial stages tend to grow at exponential rates. For example, if they double every three days, they will increase 1,000-fold within a month, unless slowed down by social distancing or herd immunity. But human beings struggle to grasp that idea, and instead tend to assume that the number of cases will grow by the same absolute number each day, leading them to underestimate the danger.

This exponential growth fallacy is a well known feature of human behaviour, including in people who are trained to avoid it. The natural time lag between cases, hospitalisations and then deaths further exacerbates the tendency to wait too long before announcing policy restrictions.

Another issue, very familiar to economists, is the pervasive role that externalities have played in the spread of coronavirus. When an infectious person fails to self-isolate, many other people are placed at risk of disease and thus bear the costs of this individual’s decision.

This should present a watertight case for public intervention to enforce social distancing and isolation, especially after positive tests.

Further complicating the response for democracies has been the argument over how to weigh the health benefits of lockdowns and social distancing against the economic costs. Over short periods, the two do conflict, but economist Simon Wren-Lewis has persuasively argued that this is not true in the longer term.

That’s because a decision to avoid lockdowns today is likely to lead to exponential growth in cases in the future, resulting in more stringent restrictions, and greater damage to businesses. Considered dynamically, both health and the economy eventually benefit from early and decisive virus control.

The failure of most western democracies to accept these arguments for early restrictions demonstrates the potency of the behavioural biases involved and their fundamental political belief in free markets.

The arrival of effective vaccines might mean that US president-elect Joe Biden will soon be able to focus beyond the virus. But it is obvious that the problems of market failure that plagued responses to Covid-19 also apply to his other big international focus, climate change.

The effects of climate change also increase exponentially, albeit over a much longer period than a pandemic. Time lags between cause and effect are very lengthy, making interpretation obscure to the public. Externalities are unavoidable, and apply across international borders, making them even harder to address. Human biases leave us systematically underprepared to address serious but remote risks.

The climate problem is therefore even less suited to free market solutions than Covid-19.

America’s promised return to the Paris accord is the first and necessary step on a very long road. No one has thought of a magic bullet for global warming, equivalent to a vaccine against Covid-19. This problem will have to be solved the hard way.

EU will struggle to shift euro clearing from London