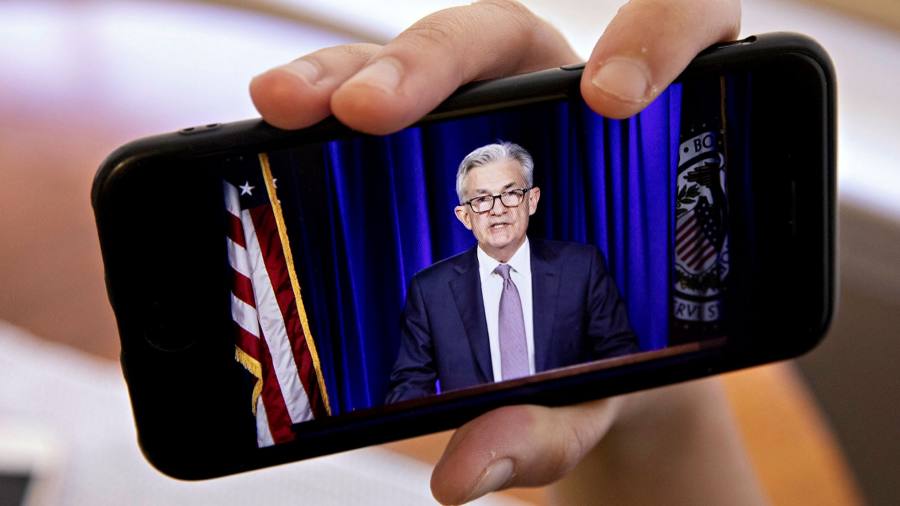 The Federal Reserve has kept monetary policy steady with interest rates at rock bottom and no changes to its bond purchases, as Jay Powell warned that the rise in coronavirus cases around the world was “particularly concerning”.

In a statement on Thursday, the Federal Open Market Committee said it would hold the federal funds rate at its lowest level between 0 per cent and 0.25 per cent — and reiterated its pledge to keep it there until the pandemic-hit economy reached full employment with higher inflation.

“The recent rise in new Covid-19 cases both here in the United States and abroad is particularly concerning,” he said. Even in the absence of widespread lockdowns there could be a hit to economic activity from consumers retrenching after they had just started to return to bars, restaurants and hotels, he said.

“They may pull back in a situation where the cases are everywhere in your city, your state, your community”, Mr Powell said.

As ballots in the US presidential race were still being counted, with the outcome still uncertain, the Fed chair said he was “very reluctant” to comment on the results either “directly or indirectly”.

While the election was discussed “now and again” by Fed officials, it had not been a “central focus” of the meeting. “It’s a good time to take a step back and let the institutions of our democracy do their jobs,” he said.

He did mention, however, the importance for Congress and the White House to supply the US economy with greater fiscal support, now that previous rounds of stimulus have largely run out. Work on a new package of aid has faltered amid political disagreements in Washington.

“All of us lived through the experience of the years after the global financial crisis, and for a number of years, there in the middle of the recovery, fiscal policy was pretty tight,” Mr Powell said. “I think we’ll have a stronger recovery if we can just get at least some more fiscal support.”

Fed officials met amid a broad rally in financial assets this week. Global equities have surged higher alongside other risk assets, while US government bonds reversed a sell-off that had picked up steam in the run-up to Tuesday’s election.

Investors say this week’s slide in long-dated Treasury yields has reduced the urgency for the Fed to alter the composition of its bond-buying programme in favour of longer-dated debt. It currently buys $80bn of Treasury securities of all maturities each month in a bid to hold down borrowing costs and support the US economy.

The Fed repeated that it plans to increase its debt holdings “at least at the current pace to sustain smooth market functioning and help foster accommodative financial conditions”. Mr Powell said the FOMC had a “full range of discussions” around “adjusting [the] parameters” of the asset purchase programme but felt that the current stance was right for now. “It is doing a lot of good,” he said. John O’Connell, a portfolio manager at Garda Capital Partners, said it would take a material deterioration in the economic data or a “quick and illiquid” back-up in Treasury yields to prompt a policy shift.

“Until they are forced to act, they are not going to,” he said.

The FOMC made only very minor changes to its outlook statement on Thursday. It said employment had “continued to recover”, whereas in September it had said employment “picked up”. Financial conditions were “accommodative”, it said; at the last meeting, it had said they had “improved”.

“The path of the economy will depend significantly on the course of the virus,” the Fed said in its statement. “The ongoing public health crisis will continue to weigh on economic activity, employment, and inflation in the near term, and poses considerable risks to the economic outlook over the medium term.”

The FOMC statement received unanimous support from its voting members. Whereas in September Robert Kaplan, the Dallas Fed president, had dissented, he joined the consensus on Thursday. Neel Kashkari, the Minneapolis Fed president who had also dissented in September, was replaced for this meeting by Mary Daly of the San Francisco Fed, who voted in favour of the policy.

Video: US election: how markets are reacting to early results | Charts that Count

How to Right Your Retirement Savings After Coronavirus Setbacks – NerdWallet