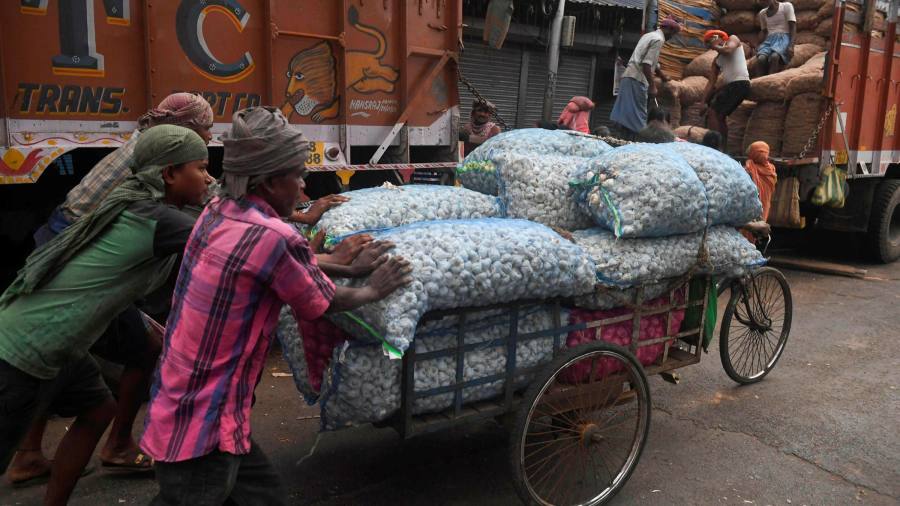 The Reserve Bank of India left its benchmark interest rate unchanged at 4 per cent as it struggles to rein in inflation despite the sharp economic contraction this year.

The RBI’s monetary policy committee held off cutting the repo rate after consumer inflation rose to a six-year high of 7.6 per cent in October. Inflation has remained above the 6 per cent upper limit of the RBI’s target since March.

“The outlook for inflation has turned adverse,” Shaktikanta Das, the RBI governor, said at the conclusion of the central bank’s monetary policy committee meeting on Friday. He added that this prevented the committee “from using the space available to act in support of growth”.

The persistent rise in consumer prices has narrowed the RBI’s options as it looks for ways to respond to the historic contraction brought about by the coronavirus pandemic. The central bank has not cut rates since May.

Mr Das added, however, that the committee would maintain an “accommodative” stance in the months to come. 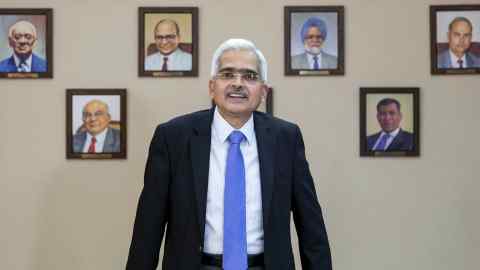 Food inflation has long proved to be a politically sensitive issue in India. High prices of staples such as onions, for example, have been associated with the fall of governments.

This has raised concern among some economists that the country has been dragged into a cycle of “stagflation”, a period of high inflation without corresponding economic growth.

The coronavirus pandemic has taken a severe toll, both economically and in terms of public health. India is approaching 10m confirmed infections, and has recorded nearly 140,000 deaths attributed to Covid-19.

Previously one of the world’s fastest growing economies, it entered a technical recession after contracting 7.5 per cent in the three months to the end of September. That followed a historic 24 per cent contraction in the quarter that ended in June.

Yet Mr Das said he was optimistic that the economy was showing “nascent signs” of recovery and projected that it would nonetheless return to growth of 0.1 per cent this quarter. Sectors such as manufacturing have recovered faster than many analysts expected, and the governor expanded schemes designed to provide liquidity to stressed industries.

The central bank, however, projects that the economy will contract 7.5 per cent this financial year, which ends in March 2021.

How is coronavirus taking its toll on markets, business, and our everyday lives and workplaces? Stay briefed with our coronavirus newsletter.

Capital Economics said in a note on Friday that it expected inflationary pressures to ease in the coming months as disruption to supply chains caused by coronavirus restrictions were resolved.

But it added that growth would suffer in the long term, as the pandemic exacerbates weaknesses in India’s economy, such as a banking sector hobbled by one of the world’s highest bad-loan ratios.

“The economy will still suffer repercussions from the crisis over the coming years,” Capital Economics said. “That will prevent a rapid return to the pre-crisis GDP trend.”