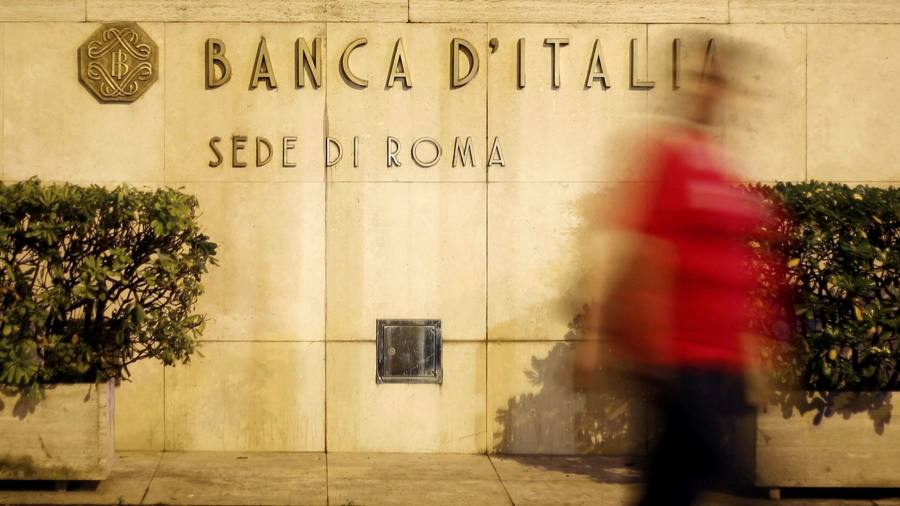 Italian and French banks’ exposure to the sovereign debt of their own countries has hit record highs since the pandemic started, reviving fears about the sector’s links to increasingly indebted governments.

Domestic government securities and loans held by eurozone banks rose more than €140bn to just over €2.1tn in the year to February, according to Financial Times calculations based on data from the European Central Bank.

The exposure of Italian banks to domestic government debt hit a record €712bn last August, up more than 9 per cent from February and dipping only slightly since then. French banks had the sharpest post-pandemic rise in their exposure to their own government, which climbed to a record €431bn in September, a jump of more than 18 per cent since February.

The strengthening of ties binding banks to their national governments has reawakened concerns over a faultline in Europe’s monetary union that was exposed during the region’s sovereign debt crisis a decade ago.

At that time, banks’ vast domestic sovereign debt exposure created a “doom loop”, as a vicious circle between private sector lenders and governments weakened each other and ultimately threatened the existence of the single currency zone.

“Sovereign risk on bank balance sheets has still not been tackled, in contrast to other risk mitigation measures introduced by the [eurozone] banking union,” said Heike Mai, banks analyst at Deutsche Bank. “It remains the elephant in the room. The current pandemic with its surge in public debt highlights the need for reform.”

The region’s sovereign-bank connection is back on the agenda in Brussels as the European Commission is conducting a public consultation to examine potential reforms of the EU’s financial crisis management tools and bank deposit insurance framework.

“The increase in liabilities going between banks and governments is worrying to me and policymakers should look to address it,” said Nicolas Véron, a senior fellow at the Bruegel think-tank in Brussels. “But the risk seems a bit beyond the horizon that keeps policymakers awake nowadays.”

Eurozone governments have issued a record amount of bonds in the past year to fund their pandemic response, sending indebtedness in the bloc above 100 per cent of gross domestic product for the first time.

But huge bond-buying by the European Central Bank has driven down borrowing costs for eurozone governments close to all-time lows, combined with the EU’s agreement on a recovery fund to provide €750bn of grants and loans to the hardest-hit countries.

“Banks have to respond to the issuance of bonds by the state because they feel it is a good investment to hold in terms of risk and they are encouraged to do so to maintain liquidity,” said Jacques de Larosière, a former head of the IMF and Banque de France.

Banking regulations treat sovereign debt as a risk-free investment for banks, allowing them to allocate zero capital against such assets. By borrowing money from the ECB as cheaply as minus 1 per cent, there is an easy “carry trade” for banks to make money from buying government bonds.

Lorenzo Bini Smaghi, chair of French bank Société Générale, said regulators may be incentivising lenders to buy government bonds by allowing only those with high capital levels to restart dividend payments. “Banks may want to invest mainly in safe assets to protect capital levels in view of the message coming from regulators,” he added.

While eurozone banks’ exposure to their own governments’ debt had been declining since Greece’s final international bailout in 2015, it started to rise again after the pandemic hit a year ago — particularly at Italian and French lenders.

Amounting to 18 per cent of their total assets and almost double their total capital, Italian banks have much higher exposure to their own government debt than others in Europe.

The Banca d’Italia said the share of the country’s government bonds owned by foreign investors fell from 25.9 to 23.6 per cent in the first six months of last year, while Italian banks increased their share from 16.9 to 18.6 per cent.

French banks’ domestic sovereign exposure is still well below the eurozone average at only 4 per cent of their total assets and two-thirds of their capital.

Trump vs. Biden: 3 Things We Know About Where They Stand on Social Security