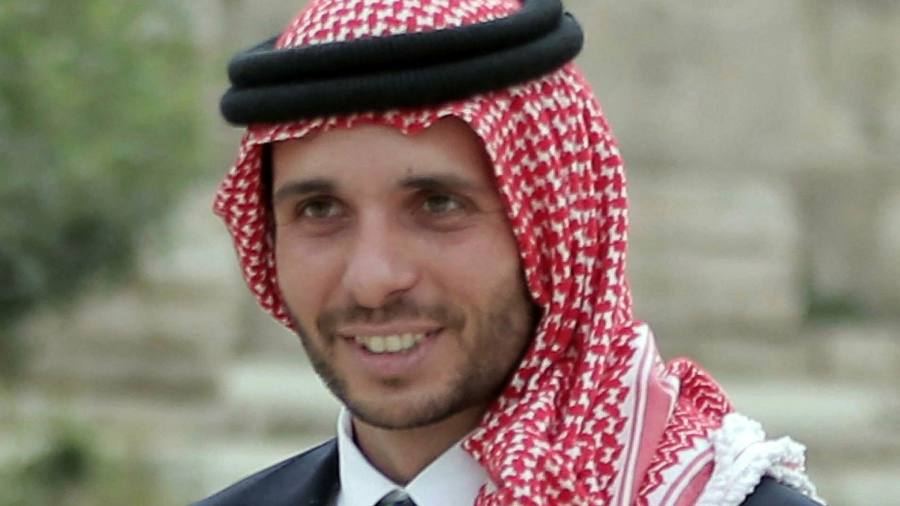 Jordanian security forces have arrested prominent figures and warned King Abdullah’s half-brother to stop “activities” used to target the nation’s security and stability as divisions within the western ally’s royal family were dramatically thrust into the open.

Major General Yousef Huneiti, the army chief, said the warning to Prince Hamzah bin Hussein, who was crown prince before being dismissed in 2004, was “part of joint comprehensive investigations undertaken by security agencies”, according to Petra, the state news agency.

He denied a report that the former crown prince had been detained. But Prince Hamzah released a video, obtained by the Financial Times, in which he claimed he was under house arrest, while also launching a stinging attack against the ruling system, accusing it of corruption, nepotism and misrule.

Prince Hamzah said the result of the government’s failings were the “loss of hope that is apparent in pretty much every Jordanian; the loss of hope in our future, the loss of dignity and a life under constant threat”.

Prince Hamzah said he was visited by the army chief and told he was not allowed to leave his house or communicate with people because there had been criticism of the government or King Abdullah at meetings at which Prince Hamzah had been present, or on social media relating to visits he had made.

He said he was not accused of making the criticisms, but added that a number of people he knew, including friends, had been arrested. He said his internet and phone lines had been cut. Those arrested include Bassem Awadallah, a former finance minister and chief of staff to King Abdullah, and Sharif Hassan bin Zaid, a distant member of the royal family, Petra said. Awadallah has in recent years been an adviser to Saudi Crown Prince Mohammed bin Salman.

Prince Hamzah said he made the recording to make it clear that he was not part of any “conspiracy or nefarious organisation or foreign-backed group”.

“What you see and hear in terms of the official line is not a reflection of the realities on the ground,” he said. “I’m not the person responsible for the breakdown in governance, for the corruption and for the incompetence that has been prevalent in our governing structure for the last 15 to 20 years, and has been getting worse by the year.”

The extraordinary events will raise concerns about the stability of Jordan, long regarded as an important western partner bordering Israel, Iraq and Syria. King Abdullah, who is feted in Washington and London, is also seen as an important voice of moderation in the Middle East.

King Abdullah, who has ruled since the death of his father in 1999, is generally perceived to enjoy strong support among Jordanians. Blame for the country’s myriad social and economic problems tends to be directed towards the government. The monarch appoints the prime minister and has executive powers.

Lina Khatib, director of the Middle East programme at Chatham House, said Saturday’s events appeared to be related to a power struggle within the royal family rather than anything to do with corruption and poor governance.

“In western policy circles there have been concerns about political stability in Jordan and this appears to confirm that tensions within the regime and the royal family have been going on for some time,” she said. “The west views King Abdullah as a reliable ally and it’s not in their interests to see instability in Jordan.”

Regional allies were swift to express their support for King Abdullah, including Saudi Arabia. Shortly after the arrests were announced, the Saudi royal court released a statement saying it affirmed its full support to the “decisions” and “measures” taken by King Abdullah to “maintain security and stability”.

Other governments in the region issued similar statements backing the Jordanian monarch. A spokesman for the US state department said the US was closely following the reports and in touch with Jordanian officials.

The crisis in the ruling family has erupted as Jordan faces increasing economic and social pressures, which have been exacerbated by the coronavirus pandemic.

Jordan has long depended on financial support from western and Gulf states and it is grappling with declining revenues and debts that have soared to about 100 per cent of gross domestic project.

Unemployment soared above 20 per cent last year as tourism, a key source of foreign currency earnings and jobs, and remittances were battered by the pandemic.

New Suez crisis: a global economy creaking under the strain