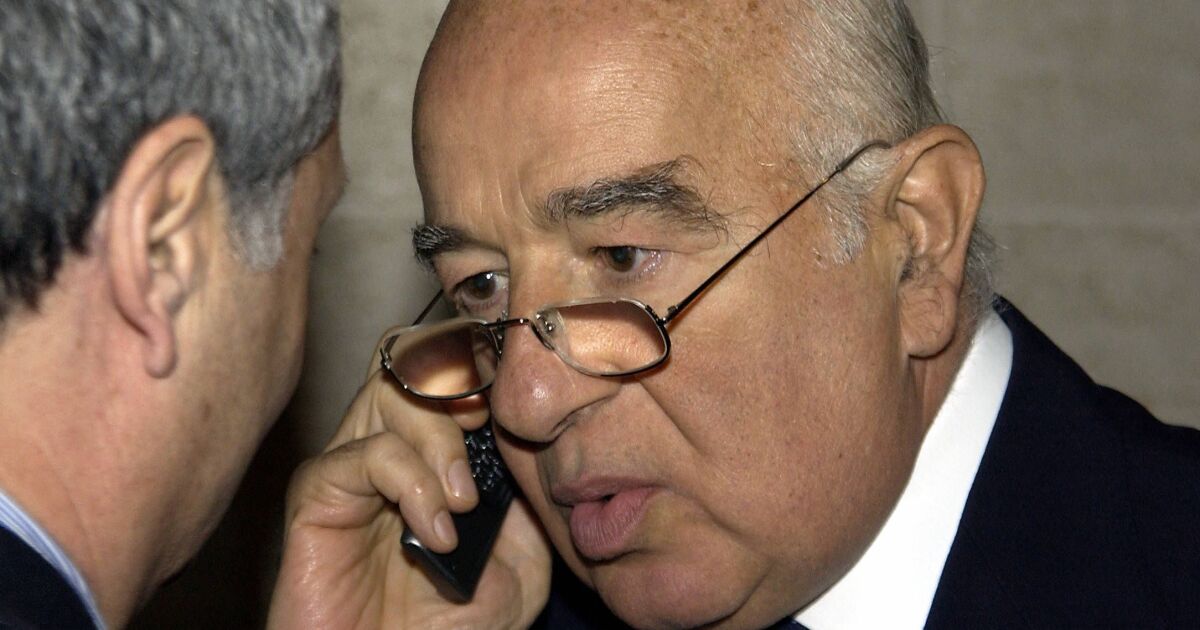 Joseph Safra, one of the world’s richest bankers who built an empire spanning continents with over $85 billion in banking assets, has died. He was 82.

Safra died of natural causes on Wednesday in Sao Paulo, Banco Safra said in a statement.

Famously media-shy, Safra discreetly built the multinational banking juggernaut by serving rich clients and big companies, orchestrating crucial acquisitions and navigating crises both within his family and his home nation of Brazil. Safra’s fortune is valued at $17.6 billion, according to the Bloomberg Billionaires Index, making him the Latin American country’s second-richest man.

Joseph Yacoub Safra was born in 1938, in Beirut, Lebanon, to a Jewish banking clan with roots in Aleppo, Syria. He was the youngest of nine children to Jacob Safra, a banker, and his wife Esther.

Safra’s great-uncle, Ezra, started the family business, and Jacob Safra expanded to Lebanon, before the family moved to Brazil after World War II. Banco Safra was established in 1957.

Joseph took over running Banco Safra together with his younger brother, Moise, after older brother Edmond left to build banks in Europe and New York. Edmond, who sold Republic National Bank of New York to HSBC Holdings for $10 billion in 1999, died that year in Monaco, the victim of arson; his nurse, former Green Beret Ted Maher, later confessed to setting the fire.

Moise sold his stake in Grupo Safra to Joseph for an undisclosed amount in 2006 and died eight years later from complications linked to Parkinson’s disease. The brothers had split years earlier, with Joseph leaving to create his own bank that was later folded in the family’s empire.

Safra’s legacy as a towering force in banking was complemented by his charitable giving. In Sao Paulo, the Albert Einstein and Sirio-Libanes hospitals counted Safra as a key donor. He built synagogues, contributed to Jewish causes through the Joseph Safra Foundation, and donated Auguste Rodin sculptures to a Brazilian museum.

The Safra family and its businesses were known for caution, with Jacob famously saying: “If you choose to sail upon the seas of banking, build your bank as you would your boat, with the strength to sail safely through any storm.”

Safra branched out slowly, but the caution didn’t always prevent failure. In 1998, he founded an unsuccessful mobile phone company, BCP.

Safra’s empire was also rocked in 2009 after the group was linked to a feeder fund for Bernie Madoff, who was sentenced in the U.S. to 150 years in prison for orchestrating a $17.5 billion Ponzi scheme.

Safra Group today includes Banco Safra in Brazil and Safra National Bank of New York. In 2011, Safra paid about $2.1 billion to add Sarasin, a private Swiss bank, to his collection.

The acquisition allowed him to expand the group’s asset management business, adding to 1 trillion reais ($196 billion) in money managed worldwide, according to its website.

“Every bank is like a child — you have to nurture it so it is able to grow and thrive,“ Joseph Safra said in a Safra Sarasin earnings report released in 2020.

Safra had been battling with illness for some time and his three sons, Jacob, David and Alberto, were gradually taking on larger roles in his businesses. In 2019, Alberto decided to split from the lender to launch his own venture, ASA Investments. Now, Jacob, the oldest, runs the international side of the operations, while David oversees the Brazilian firm.

At the time of his death, the billionaire’s extensive holdings included a stake in banana company Chiquita Brands International, the Gherkin, a Norman Foster-designed skyscraper in central London and a 130-room mansion in Sao Paulo.

Safra is survived by his wife, Vicky, their four children and 14 grandsons.

BoE expects vaccine-fuelled economic recovery in second half of 2021

Incitement Is Not a Real Crime | Ryan McMaken

The 10-year Treasury yield slid on Thursday. Why it could be good news for...