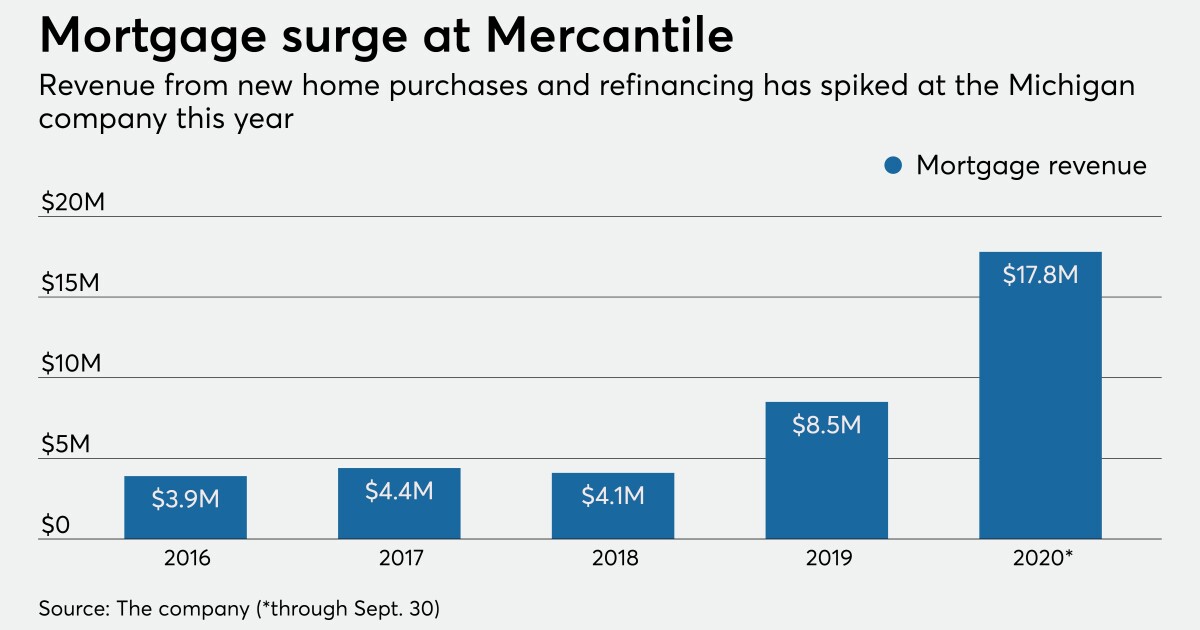 Mercantile Bank Corp. in Grand Rapids, Mich., is riding the mortgage wave across the state border into Ohio.

The $4.4 billion-asset Mercantile said in a Monday press release that it had opened a mortgage office in Cincinnati. Mercantile made the move after hiring a team of mortgage bankers, Scott Setlock, the company’s executive vice president for mortgage and consumer banking, said in an email.

“Although we believe the Cincinnati … area is a terrific market, our decision to open the new office was driven by the talented mortgage professionals who are joining our team,” Setlock said.

“Our recruitment efforts continue,” Setlock said. “Any future mortgage expansion will be predicated on our ability to attract talent that mirrors our culture, commitment to our clients, and overall drive towards excellence.”

The Cincinnati office is the first location outside Michigan for the 23-year-old Mercantile. It comes two weeks after CEO Robert Kaminski said the mortgage team was “knocking the cover off the ball” during the company’s quarterly earnings call.

Mercantile has operated a mortgage company since October 2000, but the business line wasn’t treated like a strategic initiative until 2015, Setlock said

Mercantile plans to make mortgages for purchases, refinancing and construction lending at its Cincinnati office. The company “is excited to extend our team with the entrance into this market, as we continue to strategically grow our mortgage lending operation,” Ray Reitsma, Mercantile Bank’s president, said in Monday’s release.

The 4 best things to buy on tax-free weekend