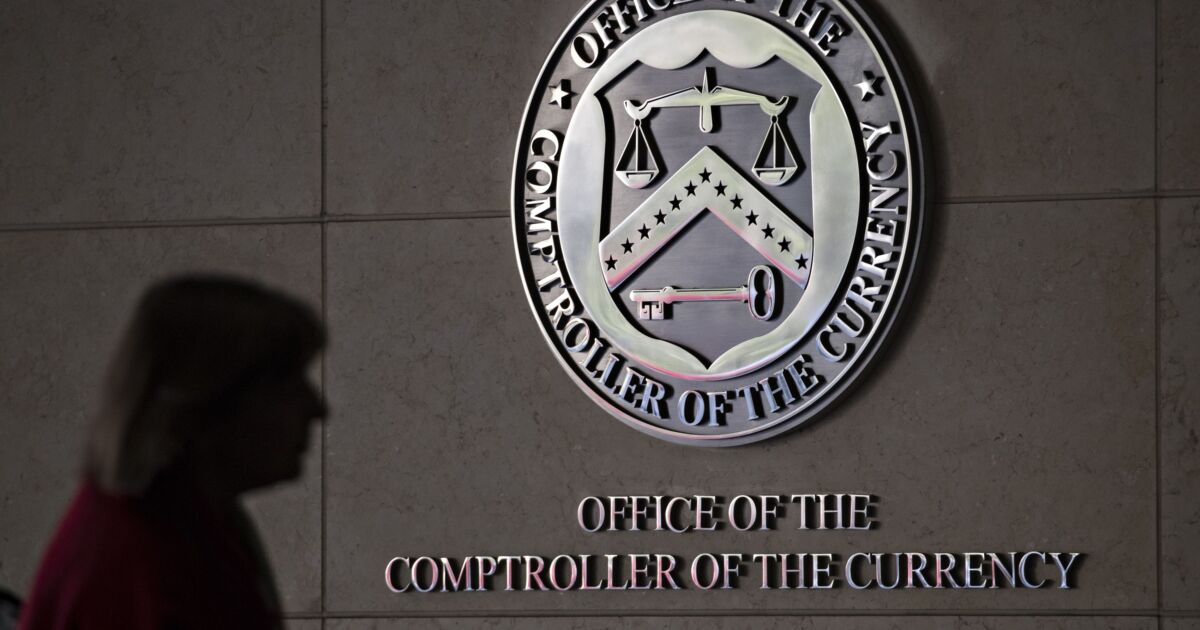 WASHINGTON — The Office of the Comptroller of the Currency has signed off on LendingClub’s purchase of Radius Bancorp, the latest step in the San Francisco company’s effort to become the first online lender to own a bank.

LendingClub will still need approval from the Federal Reserve on the company’s pending application to become a bank holding company. If the Fed endorses the merger, LendingClub will form Interim LCB.

Once the deal closes and assuming the Fed approves the application, the OCC approval will allow the Boston-based Radius to convert from a federal savings association to a national bank that will be owned by LendingClub and ultimately renamed LendingClub Bank, National Association, the OCC said.

“With this conditional approval, we have completed another important milestone in our journey to become the only full-spectrum fintech marketplace bank and the first neobank that will be publicly traded in the U.S.,” a LendingClub spokesperson said in a statement. “We feel good about the progress we have made.”

Under the OCC approval, the resulting bank will be required to have day-one capital of $410 million, including $250 million provided by LendingClub itself. Within 45 days, LendingClub Bank will also need to appoint a chief credit officer and chief compliance officer and submit those appointments to the OCC. The bank will also have to enter into an operating agreement with the regulator within three days after the merger is complete. That agreement will be in effect for three years.

LendingClub, which pioneered a marketplace lending model, announced its agreement to purchase the $1.4 billion-asset Radius for $185 million in February. The firm said at the time that the deal would take 12 to 15 months to close, and that the acquisition will allow for the creation of a scaled-up, digital bank that will enable customers to pay less when borrowing and earn more when saving.

LendingClub had said it planned to pay 75% of the purchase price in cash — by tapping into its stockpile of cash on hand — and the remaining 25% in stock. The company said that it also plans to spend approximately $20 million on advisory and transaction-related costs, plus $50.2 million as part of an agreement with its largest shareholder that will enable compliance with federal bank ownership rules.

The online lender had been pursuing a dual path toward obtaining a bank charter, applying for a charter with the OCC while also seeking to acquire a bank in order to access a cheaper source of funding for its loans.

LendingClub is partnering with the Utah-based WebBank so it can offer loans across the country without getting licensed in each state. It said in February that abandoning that model would save about $25 million a year.

What another lockdown means for January gym sales

Jeff Vinik expects U.S. economic boom but warns of ‘mania’ in some parts of...