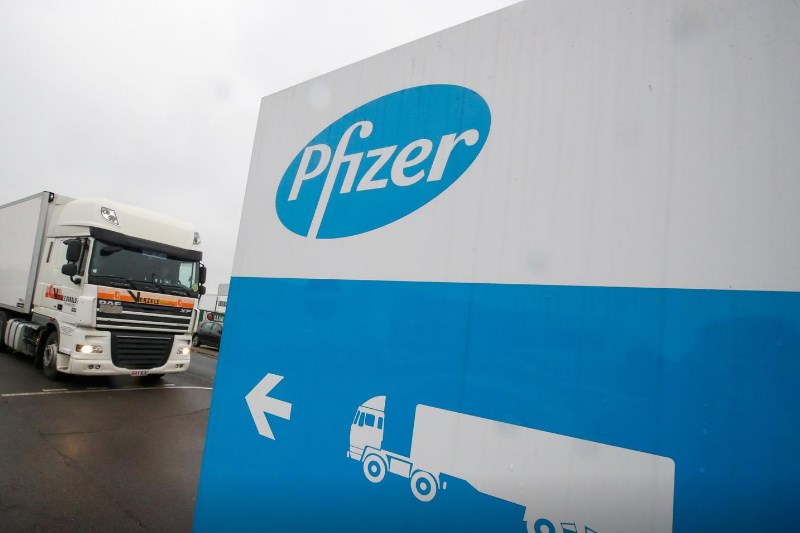 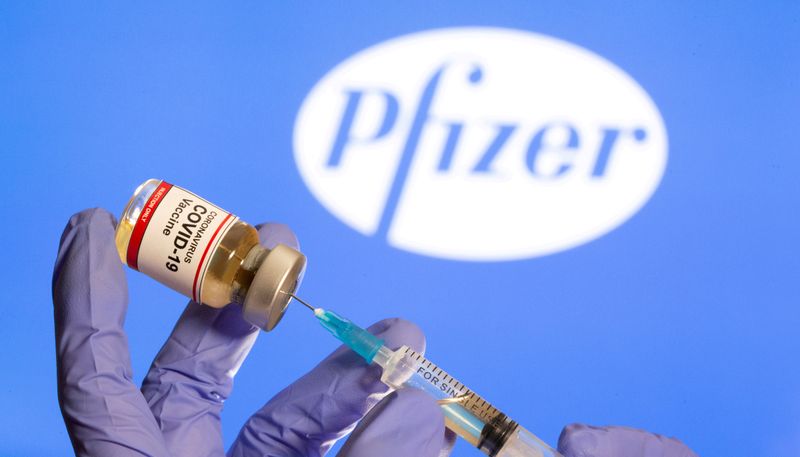 © Reuters. FILE PHOTO: A woman holds a small bottle labeled with a ‘Coronavirus COVID-19 Vaccine’ sticker and a medical syringe in front of displayed Pfizer logo in this illustration

(Reuters) – Pfizer Inc (NYSE:) expects to deliver more than 13 million doses of its COVID-19 vaccine per week to the United States by the middle of March, more than doubling its shipments from early February, a top Pfizer executive said in prepared testimony ahead of a Tuesday congressional hearing.

Pfizer has shipped around 40 million doses to locations across the United States so far and is on track to deliver 120 million doses of its two-dose regimen by the end of March, said John Young, Pfizer’s chief business officer.

He added that Pfizer is also prepared to provide a total of 300 million shots to the United States by the end of July and has raised global production expectations for 2021 to at least 2 billion doses.

In his own prepared remarks, Moderna (NASDAQ:) Inc President Stephen Hoge said the drugmaker plans to deliver 100 million doses of its two-dose shot by the end of March, and 300 million by the end of July.

Johnson & Johnson (NYSE:) believes it will be able to ship at least 20 million doses of its single-dose shot to the United States by the end of March after receiving U.S. regulatory authorization, said Vice President of Medical Affairs Richard Nettles. It expects to ship 100 million doses by mid-year 2021, it said.

The comments were prepared ahead of a U.S. congressional hearing on vaccine availability to be held by the House Committee on Energy and Commerce on Tuesday.

The perverse political effects of Covid-19

McDonald’s enters next phase of testing a U.S. loyalty program ahead of nationwide launch