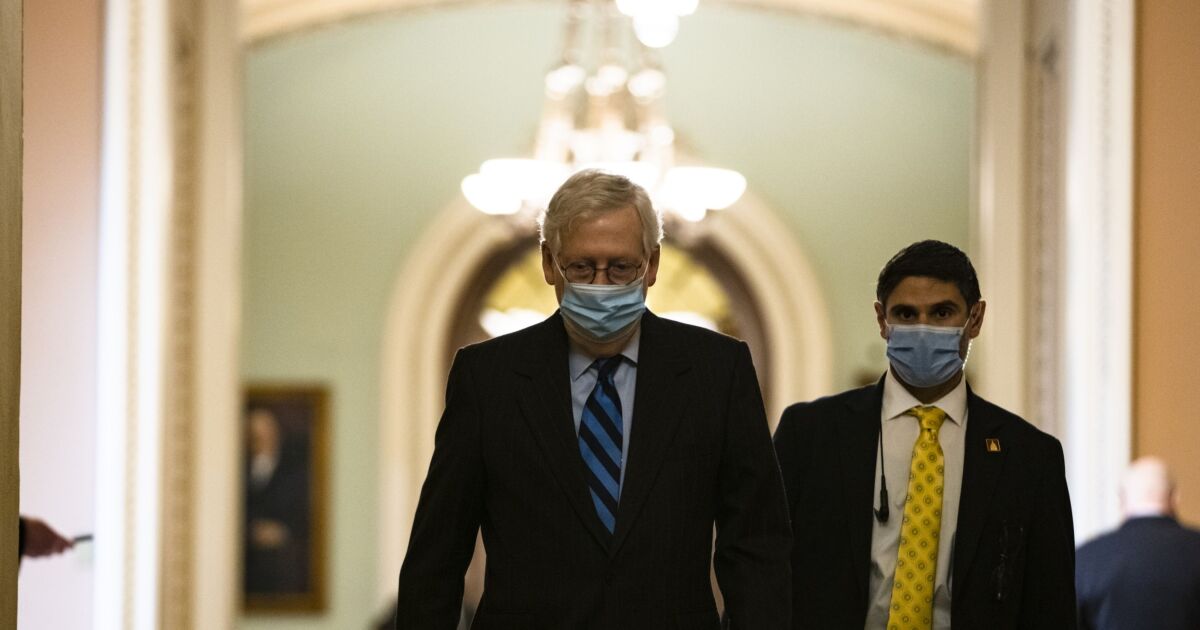 WASHINGTON — Legislation to relieve banks of beneficial-ownership requirements cleared its final hurdle to enactment after the Senate voted to override President Trump’s veto of a defense spending bill.

The bill eases the reporting requirements for banks, which up to now have been required to identify the beneficial owners of their commercial clients and send the information to Fincen. The banking industry had pushed for the shell-company restrictions as a key reform in the nation’s anti-money-laundering framework.

Lawmakers had included the beneficial-ownership measure in the broader National Defense Authorization Act, which passed both chambers of Congress by wide margins. But the legislative package faced a sudden obstacle after Trump vetoed the entire defense bill, due to its lack of restrictions for social media companies.

After the House voted last week to override the veto, the Senate finally followed suit on Friday, voting by a margin of 81 to 13 to enact the bill with the beneficial ownership provision.

Shares in UniCredit down 4.5% hit by concerns over CEO’s future

My wife has 125 lipsticks. Her $11K cosmetics bill is our household’s largest expense...