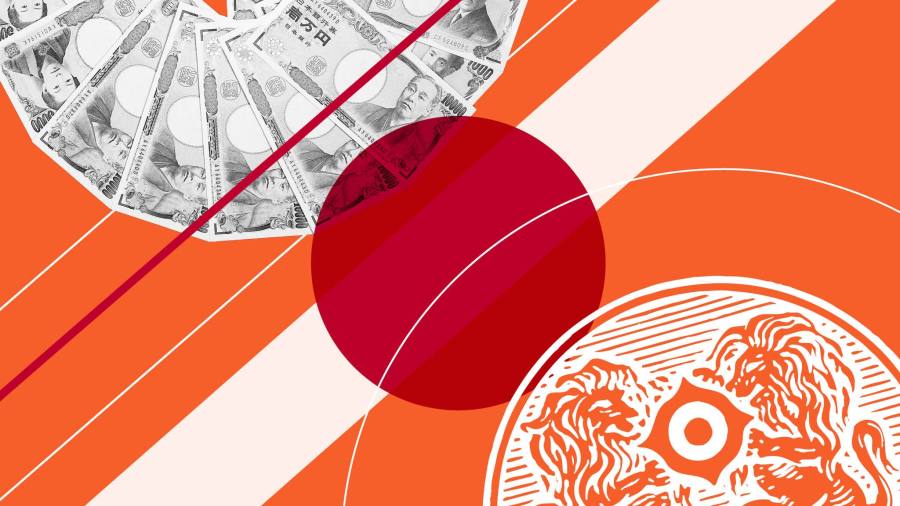 In the early 2000s, global fund managers had to anticipate the every move of “Mrs Watanabe” — a woman who did not exist.

The period between 2002 and 2006, when the Bank of Japan’s zero-interest rate policy began to feel like a permanent fixture, was the heyday for this notional archetype of a conservative Japanese householder, dabbling in international markets to plug the gap left by low salaries and paltry interest rates.

Other countries may soon produce their own legions of market-moving retail investors as ultra-loose monetary policy spreads more widely across advanced economies.

Monetary policy has been pulling most of the weight, and there are a lot of unintended consequences from low interest rates

“When growth, inflation and interest rates are low, savers have a tendency to export their capital to economies that are growing,” said Bob Michele, chief investment officer at JPMorgan Asset Management.

The IMF warned in a report this week that, while warranted, “low for long” interest rates and the “truly staggering” level of central bank bond-buying could fuel dangers in the global financial system.

“The importance of central banks exercising their implicit ‘put option’ cannot be overstated and has been a game-changer helping stabilise key markets. But such policies work in part because they encourage risk taking,” the IMF noted. “As such, these central bank interventions may also have, if unintentionally, increased medium-term macro-financial vulnerabilities.”

The pandemic is the latest crisis to put downward pressure on global interest rates and bond yields, which have been trending lower for the past three decades. Today, most of Europe’s government bonds trade with negative yields and even the 10-year US Treasury yield has fallen below 1 per cent.

Many market participants are still reluctant to believe yields are fixed on a downward path. “Most global investors I talk to aren’t quite ready to accept” ultra-low rates as “the ultimate, inevitable outcome of the position we [have] found ourselves in”, said Sheila Patel, chairman of Goldman Sachs Asset Management.

But the persistent decline in rates leaves households, corporations and institutional money contemplating the question of where to seek returns — much as their yield-hungry Japanese counterparts have done for the past three decades.

For Japanese companies, one effect has been a sustained boom in overseas acquisitions and several years of record outbound M&A, making them early movers on prime assets in the US, UK and parts of south-east Asia.

Another effect is capital flows: Japanese household investments have propelled at least two peaks in the yen carry trade — borrowing at low rates to invest in higher-yielding currencies or assets overseas. This has taken Mrs Watanabe into the currencies of Brazil and Turkey and later to Australia.

The key question is the extent to which global capital flows could also be buffeted by a notional Frau Muller, Mme Dubois or Signora Rossi. Or even, if ultra-low rates become entrenched in the US, Ms Johnson.

Some analysts argue that monetary and fiscal measures taken by policymakers to counteract the effects of the pandemic could ensure the West follows Japan’s path.

Alberto Gallo, head of macro strategies at Algebris Investments, said the single most important issue for asset allocation over the next decade will be whether the world can escape “Japanification”.

“We are definitely on a Japanification path as monetary policy has been pulling most of the weight, and there are a lot of unintended consequences from low interest rates,” Mr Gallo said. “There’s a trade-off between helping the economy in the short run, but at the same time preventing innovation in the long run.”

However he noted the US could avoid the trend thanks to its more dynamic economy, younger demographics and scope for more aggressive government spending.

In Europe, the outlook is bleaker. “The current mix of falling Bund yields and rising [euro] is indeed not healthy [and] a sharp contrast to the reflationary dynamics observed in the US,” Emmanuel Cau, head of European equity strategy at Barclays, said in a recent note. “More policy support seems urgently needed, both at the monetary and fiscal levels.”

As developed economies struggle to recover from the pandemic, what lessons can be learnt from Japan, which has been battling low growth and interest rates for decades?

November 24: Adam Posen: ‘When Japanese policy turned round, so did the economy’

November 25: Can a Japan-style public investment boom save the global economy?

November 26: What ‘Mrs Watanabe’ can tell investors about how to cope with low returns

November 27: Living with stagnation — the experience of Japanese youth

Currency traders in Japan said the emergence of a sustained euro, sterling or dollar carry trade would be a signal that Japanese investors’ search for yield is being replicated elsewhere.

Comatose fixed income markets would be another symptom. In a note last week, Morgan Stanley warned of the Japanification of bond market volatility as central banks try to cap even modest bursts of turbulence.

The explosion of day trading in the US has parallels to Japan’s Mrs Watanabe, but appears more powered by the stock market recovery, the emergence of game-like trading apps, stimulus cheques and lockdown boredom. Moreover US bond yields, although low, do offer slender returns.

Some analysts argue that Japan’s experience does not offer a useful road map.

Hiroshi Ugai, an economist at JPMorgan in Tokyo, noted one important difference between Japan’s experience and what might befall the rest of the world is that Mrs Watanabe’s search for yield discovered plenty of relatively lower-risk options, notably in the US and later Australia. That may not be the case now.

After the global financial crisis China’s massive stimulus created flows that raised commodity prices in emerging markets, but according to Mr Brooks nothing comparable is happening today.

And interest rates in emerging markets have also fallen — and so they are unlikely to attract the same flows as they did a decade earlier, he said.

Biden’s domestic Cabinet picks pledge to use federal powers to aid those struggling during...

Savings Rates Are Low. Here&apos;s What To Do – NerdWallet

US banks must lose “legacy anchor” to meet customer needs in...