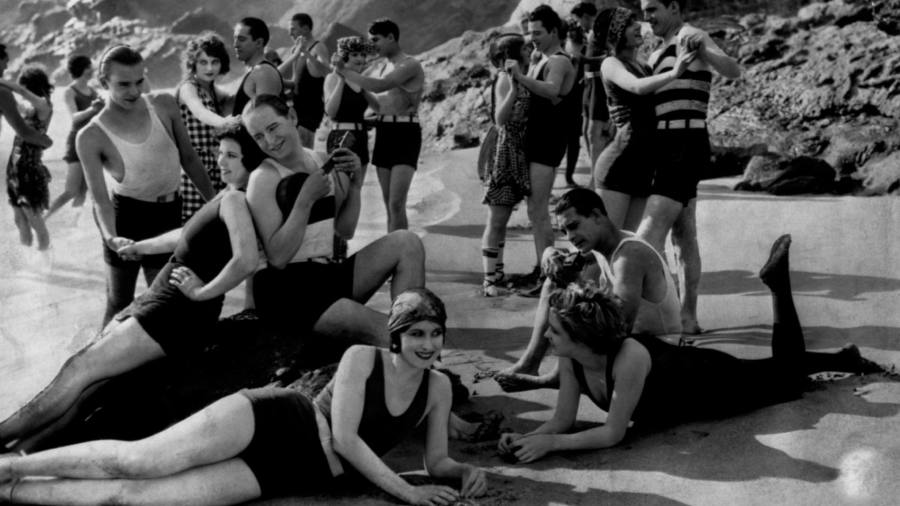 The writer is a senior fellow at Harvard Kennedy School

The war was over. The global pandemic was petering out. The US economy was on fire, growing 42 per cent from 1920 to 1929, as Americans spent, drank and partied their way through what became known as the Roaring Twenties. Some think our own century is going to experience something similar. Our pandemic may soon fade, a new US administration wants to pump trillions into the economy, and after 13 months cooped up, many Americans are ready to party. “As soon as I’m vaccinated and the world opens back up, I’m going to go completely feral,” a friend told me.

I’m with him on that, but I’m not so sure we’ll roar for a decade. While an immediate uptick in growth is all but guaranteed in the developed world this year, there are reasons to worry it won’t last over the medium- to long-term.

The Roaring Twenties were characterised by a spending boom, technological innovation (led by the adoption of electricity), expanding personal liberties (including women’s suffrage), rising inequality and a soaring stock market. We tick many of those boxes in 2021. Savings rates in the US and Europe jumped by 10 to 20 percentage points last year, thanks in part to fiscal stimulus measures. As economies reopen those savings are likely to be spent, causing a surge in demand.

This has already begun, as “going out” stocks in the MSCI World Hotels, Restaurants and Leisure Index outperform Citibank’s Global “stay at home” basket of equities. Purchasing managers’ index data have soared to levels not seen since 1983 in the US and since records began in 1997 in the eurozone.

Digitisation and automation have both accelerated in the past year. A McKinsey Global Institute survey found firms digitised many activities 20 to 25 times faster in the first seven months of 2020 than they had thought possible. Bank of England chief economist Andy Haldane has argued this could spark a productivity boom over the next decade that drives growth higher.

The 1920s didn’t roar for everyone. Racially and economically segregated, American society was very unequal. The economy was heavily reliant on agriculture for jobs; farms were generally small and unproductive. In 2019, the Census Bureau reported some of the highest US income inequality in 50 years, and it probably rose further last year.

Stock markets are again at records. According to the cyclically adjusted price-to-earnings ratio, valuations of companies in the S&P 500 have only risen higher than in the 1920s’ stock boom twice: at the dotcom bubble’s peak and, worryingly, now. Both times, stocks were buoyed by extremely easy monetary policy, made possible in part by low inflation.

But don’t break out your flapper costume yet. Whether today’s surge in activity lasts depends on three things: the pandemic, policy and productivity.

Herd immunity may never arrive. The uneven rollout of vaccines globally increases the risk of vaccine-resistant variants emerging. Waves of new cases may put people off going out and spending. Unequal access to jabs may drag on developed market growth.

Fiscal and monetary stimulus may also be stopped prematurely. Emergency fiscal stimulus will expire over the next year or two and the fiscal impulse could turn negative in some countries as pent-up demand peters out. Thankfully, this seems unlikely in the US and EU, as President Joe Biden’s Build Back Better stimulus (which is not yet passed) and Europe’s Next Generation EU recovery plan are both focused on medium-term spending. The greater threat is of pent-up demand and robust growth prospects generating inflation and pushing up bond yields, prompting central banks to tighten monetary policy.

Digitisation and automation may kick off a productivity boom, but this could sap economic growth. Large, superstar companies probably had the easiest access to capital for the shift. If so, market concentration will rise further, weakening competition and worker power and exacerbating inequality. Automation also replaces some of the low-wage, low-hour workers hit hardest by the pandemic. People at the bottom of the pay scale have a greater marginal propensity to consume than those at the top, so this hits demand.

So, let us toast the reopening of the world and hope for a boom to follow. But it’s worth noting that the Roaring Twenties were followed by the Great Depression. Policymakers and corporate leaders must remember that parties and hangovers often go together.